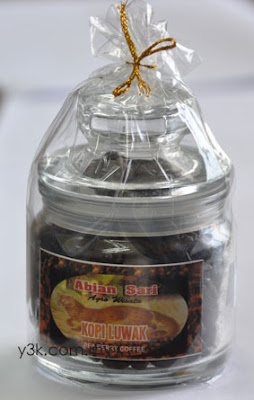 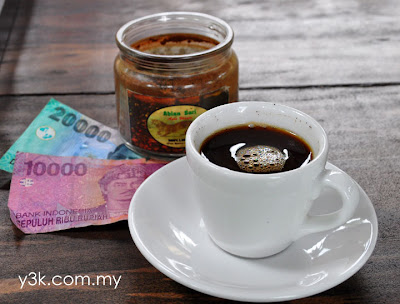 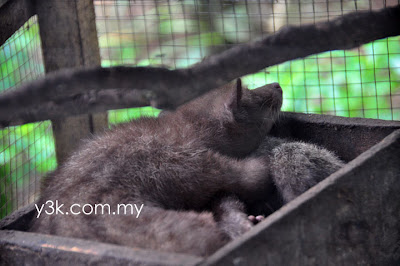 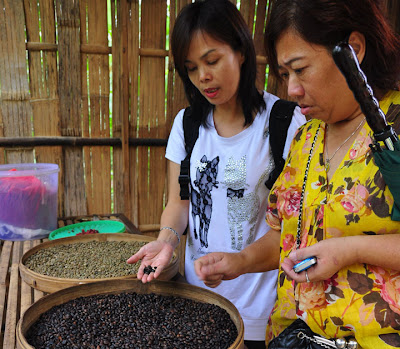 Bali is famous for it's coffee.

Bali island is not only famous for its beautiful views, it's PEA BERRY COFFEE(猫屎咖啡) or KOPI LUWAK is the most expensive coffee in the world (10 time more expensive than normal coffee).

Civet cats (Luwak) lives in the island of Bali, red ripen coffee berries are their favourite food. The little cats choose the best coffee berries, swallow it, and the berries undergoes chemical process in their digestive systems. The coffee beans passed out undigested, and collected by the farmers from the forest. These beans are being cleaned, roasted for one hour till fragrant.

When come to Bali, do not forget to try this KOPI LUWAK.
Posted by Y3K food & travel at 11:27 No comments: 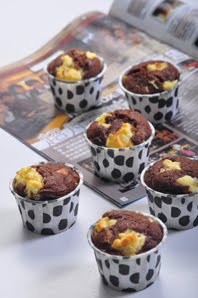 A cupcake is a small cake designed to serve one person, frequently baked in a small, thin paper or aluminum cup.

The term "cupcake" was first mentioned in 1828 in Eliza Leslie's Receipts cookbook. In previous centuries, before muffin tins were widely available, the cakes were often baked in individual pottery cups, ramekins, or moulds and took their name from the cups they were baked in. This is the use of the name that has persisted, and the name of "cupcake" is now given to any small cake that is about the size of a teacup.

In later years, when the use of volume measurements was firmly established in home kitchens, these recipes became known as 1234 cakes or quarter cakes, so called because they are made up of four ingredients: one cup of butter, two cups of sugar, three cups of flour, and four eggs. They are plain yellow cakes, somewhat less rich and less expensive than pound cake, due to using about half as much butter and eggs compared to pound cake. The names of these two major classes of cakes were intended to signal the method to the baker; "cup cake" uses a volume measurement, and "pound cake" uses a weight measurement.

Decorating cupcakes is a great family activity. Part of the fun is that there are no hard and fast rules to follow. Similarly, there are no right or wrong ways to decorate cupcakes. By using icings and candy, along with other objects like plastic trinkets, sprinkles, colored sugar or coconut, it's easy to customize and decorate cupcakes quite easily. Enjoy!!