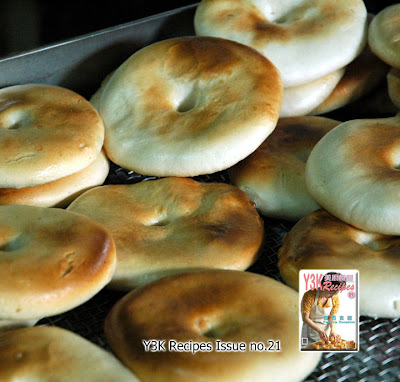 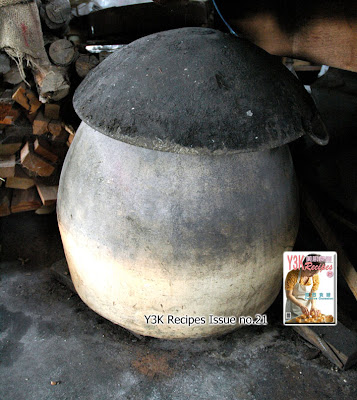 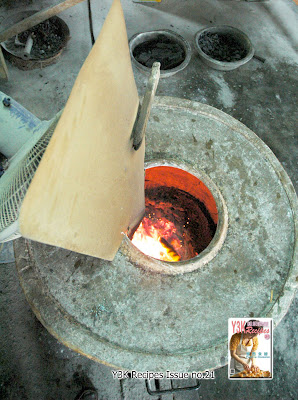 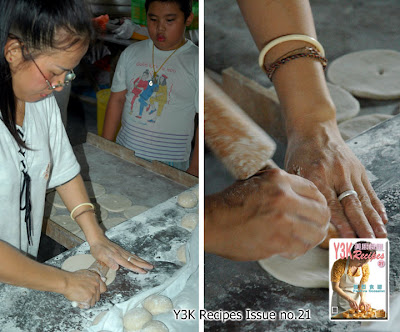 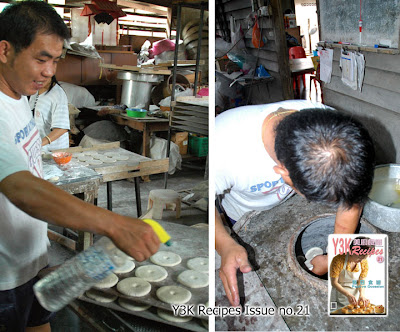 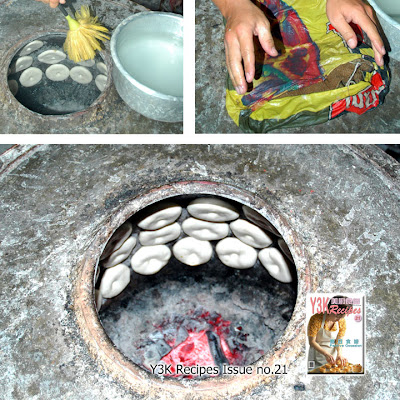 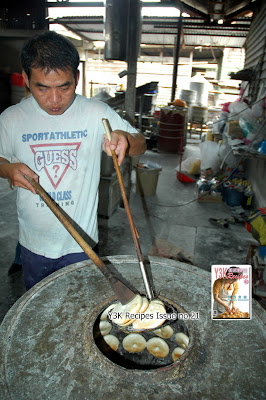 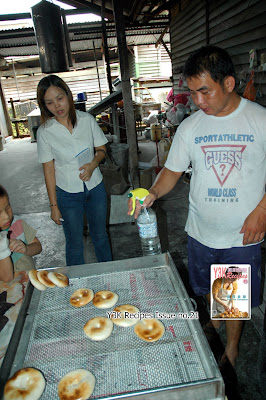 This is another famous biscuit of the Fookchows - the Kong Paeng. Another name for it is 'Ching Tung Biscuit' derived from the translation of 'Overpowering The Japanese'. It is in reference to the war won over a Japanese invasion during the Ming dynasty.

Ingredients used are simply flour, water and yeast before the addition of salt and sugar. Savoury Kong Paeng has a crispy exterior but it is firm, not flaky textured. The sweet Kong Paeng has a softer finishing quite in resemblance to the French loaf's texture.

How did the biscuit become synonymous with a Chinese general's name of Kong?

According to a tale related, this general was asked to lead his solders in a battle against foreign forces. For food rations, he was smart to have come up with the idea of churning out biscuits from the rice encased in bamboo leaves. In the centre of the baked biscuit, is a hole, in order for the biscuits to be strung together and worn around the neck. It was simply a good idea and when the battle was won, the biscuits acquired his name 'Kong' as an honour to him.

Mr. Teng Song Ho runs a famous bakery in the Sungai Pelek area. He learnt the art from his paternal uncle and believes the clay oven plays a very important role in the making of such biscuits. It bears a strong similarity to the tandoor oven used to bake the North Indian leavened bread - naan. The main difference lies in the interior of the oven which is fashioned slightly different from the tandoor.

Mr. Teng heated up some coals before placing into the oven's pit. An electric fan was switched on to help blow some air in, to fan up a better flame from afar, screened by a piece of thin plank. It takes 40 minutes for the heat to warm up the clay oven. Next, he wipes the interior of the oven's wall with a piece of cloth previously soaked in salt solution. A hissing sound jets out from the furnace and hisses its way up the oven's chimney. This step is necessary to prevent the next fresh batch of biscuits from picking up remnants of the last batch baked.

With a correct temperature, the biscuits will adhere itself to the oven's wall. He gives them the finishing touch by glazing them with brine using a pastry brush. A piece of wet cloth is stuffed into the oven to seal the opening. It keeps moisture in and biscuits baked tend to have a nice golden hue.

Finally, the cloth is removed and biscuits are arranged on a tray. His son, a young lad sprays water on the biscuits' surfaces to stop the heat and moisten it as well.

More efforts should be done to promote traditional specialties as lip-smacking good lineage of a certain heritage should not be forgotten and left in the lurch.
Posted by Y3K food & travel at 10:06